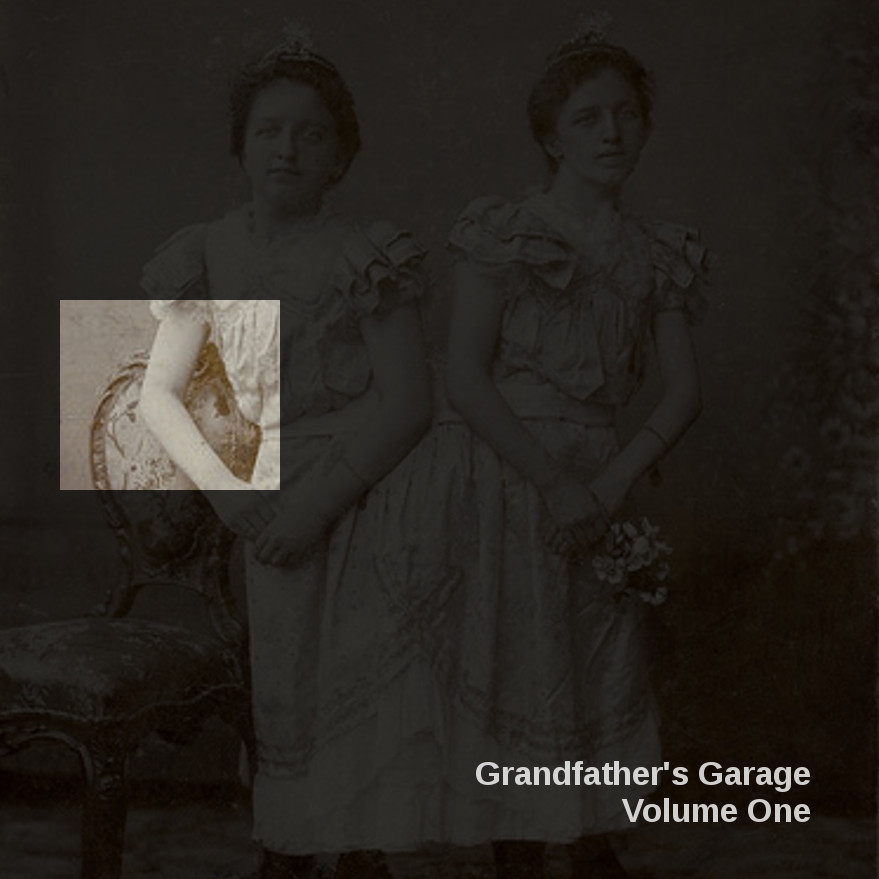 "The age of CDs, digital production techniques and ultra-high fidelity gave music listeners a crystalline clarity never before heard (more immaculate even than intimate live performances), but it took something away from us, something that makes new music seem to contain a void, a sterile abyss. This vacuum in the music was once filled by the noise floor, a rumbly, crackly space that while "accidental" became an essential part of the document, like a member of the band.

When you hear some of the oldest Edison wax cylinders, the recordings seemed to be more than 50% noise, like a very dirty window through which you behold a scene, but many details are left to guesswork. 78rpm records were a great improvement, but still there was that record noise, the higher-pitched hiss and the clicks and pops that were a rhythm of their own outside the recorded music. The 33 1/3rpm LP records had a lower-pitched noise, due to the slower rotations, but it was always there, a familiar friend. Even the cleanest, newest records gave that warm, soft rumble that made even the coldest recordings bear a little flame in their hearts. Magnetic tapes didn't solve this "problem" as it had a special noise floor all its own.

Some producers have recognized the nostalgia, if not need, for that missing element, and have found ways to digitally inject it into recordings to make them "complete"(*see footnote). Indeed, it is both a need and a nostalgia. Despite the convenience of CDs and mp3s, there's been a movement to revisit analog media. LPs are coming back, independent labels are releasing cassettes again, and 78rpm records are more collectible than ever, based on rising auction prices.

I've always loved old music recordings. When I buy 78s, I don't look for mint condition or even good condition. I'm happy with the well-loved records that I imagine some individual back in the 1920s or '30s played obsessively, after squirreling away dimes from a few paychecks to blow on a monthly visit to the record shop. I like the records that "serious" collectors overlook, with their labels water-stained and defaced, and grooves so worn that the voices and instruments are muffled and unclear.

I'm not "archival" in the way I play them either. I have a wind-up portable Phonola with a heavy tone arm, hard steel needles that further damage the shellac with each play. The needles themselves take abuse from the records. After about 10 plays they should be changed out, or at least rotated if you're a cheapskate.

The nicest thing about a portable gramophone is its portability. But in the '30s portable meant the weight had been reduced to a convenient 40 lbs or so. I used to take the Phonola and a stack of records to the park and play old-school DJ for my friends. For a small wind-up, it was rather loud. Someone once asked me if I could lower the volume, and I said, "there is only one volume: ON."

This compilation is a selection from among my 78s. I don't have a modern turntable with 78rpm setting and audio outs, so I pointed my trusty Tascam DR-05 recorder at the Phonola, parked the shellac, wound it up, and switched it on. In post-processing I fixed equalization, removed room noise (the better to hear the record noise), and gave it a touch of compression to bring out more detail.

*footnote: Here's an olfactory analogy. When the craft of parfumerie was in its golden age, deodorants had not yet been invented. All perfumes were formulated in such a way that the fragrance was "completed" by the musky odors of the armpit, etc. The human smell was the "noise floor" of the perfume, by design. When you take away body odor, the perfume smells gaudy, cloying, but with the natural muskiness present, it transforms into something sensual and rich. After the widespread adoption of deodorants and deodorizing soaps, there was a transitional period when people were still wearing the old perfumes, and the effect was unpleasant, like something was missing. Perfumers have since compensated by adding artificial musk to their formulas to restore some of the effect that perfume was originally intended to have.

Wood finished in glistening black lacquer is the very best; but even unfinished wood, as it darkens and the grain grows more subtle with the years, acquires an inexplicable power to calm and sooth.
-Jun'ichirō Tanizaki, In Praise of Shadows (1933)

I think we need the missing element, call it 'noise' or 'problem' or whatever but it's part of something we even call the 'texture of the time or history'...

...and talking about nostalgia, I love this fragment of memory:

"Someone once asked me if I could lower the volume, and I said, "there is only one volume: ON." "